Boston is ready to ring in the New Year for 2018 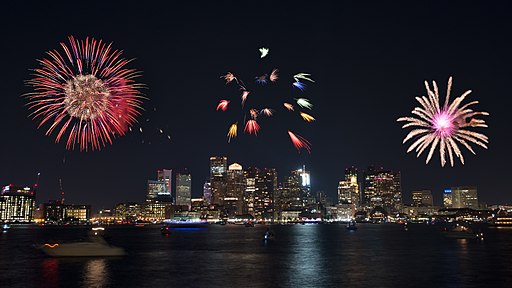 After a fireworks hiatus for last year's New Year's Eve celebrations, the Boston Globe reports that the First Night in Boston is back!

The First Night in Boston, which is now run by Conventures on a pro bono basis, will be a free event open to the public. An estimated 200,000-300,000 attendees will enjoy a variety of events to suit the entire family with a view of the Boston Harbor.

Unlike in years past, when attendees had to purchase a button to attend some events, Conventures turned First Night into a free event featuring local artists and performers, ice sculptures, a figure skating show, a parade, and a 7 p.m. family fireworks display on Boston Common sponsored by the Mugar Foundation.

Boston has had a long history of being one of the best cities to celebrate New Year's Eve in the United States for over forty years.

The Boston Globe recognizes the First Night as "the oldest and largest event of its kind in the country, it inspired dozens of similar festivals across the country and pumped millions into the local economy." Although the city has struggled to gather funds for the First Night in Boston in recent years, residents and tourists are excited to see the celebration return for 2018.

Visit the First Night in Boston's website for more information.