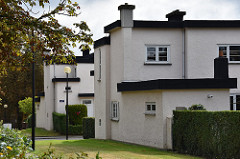 According to an April 2016 Boston housing report issued by Mayor Martin Walsh, the city is on target to meet its goal of creating 53,000 new units of housing by 2030. To that end, the city approved building permits for 565 new housing units during the second quarter of 2016. That brings the total to over 17,000 housing units developed in just the past two years. This is already nearly one-third of the original goal.

The Fast Growth of Boston

Mayor Walsh states that the population of Boston is growing faster than at any other time during its history. There is more new construction taking place now than there has been for the last 20 years. The demand is high for all types of housing, including rental properties.

The monthly rent in older buildings has remained steady, while studio and one bedroom apartments are seeing the largest increases. However, much depends on the location of the rental property. Back Bay, Beacon Hill, the Central District, Mattapan, and the South End have only seen marginal rent increases in the past two years.

The economy is strong in Greater Boston. Because of this, young people are moving to the area to start careers and families. An unemployment rate that is less than five percent makes means that people have stable income to pay rent or a mortgage.
The 2015 Greater Boston Housing Report Card estimates that two-thirds of all new housing developments will be multi-family units. This is good news for people looking to settle in Greater Boston who might not be able to find a place to live otherwise.