No other U.S. city has made such a drastic transition in population growth than Boston.  Boston has been experiencing phenomenal growth, and the surrounding neighborhoods and suburbs of Boston are riding the city’s coattails.  Brookline, MA, is located a mere 15 minutes from Boston, giving residents a cozy, small-town feel with the benefits of being in close quarters to a major metropolis. 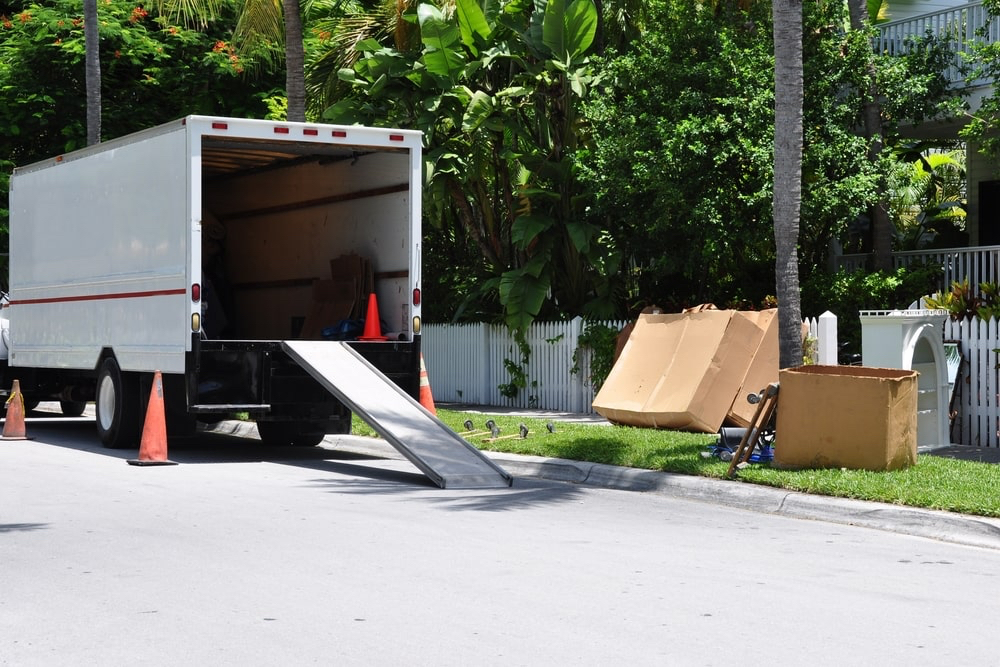 A little under 60,000 people call Brookline their home, and there are about 9,000 people per square mile in the suburb.  The area has an even split between married and single people, with half of all married couples having children under the age of 18.  The city has a very young median age, which is aligned with the fact that so many children live in Brookline.  The median age for the town is only 33.6 years old.  The state-wide median age in Massachusetts is 39.1 and rising.  Over 80% of Brookline’s residents hold a bachelor’s degree, and over half have a master’s degree.

If you’re packing your belongings, calling Massachusetts moving companies, and eyeing-up Brookline real estate, you’ll be pleased to know that finding a job here isn’t too hard.  There are tons of professional jobs in Brookline and throughout the Boston region.  Since Brookline residents are highly educated, they get to enjoy a median household income of more than $102,000 per year.  The average income per capita in Brookline is slightly higher than the national average, at more than $61,000 per year. While the national unemployment rate in the U.S. is 4.7%, in Brookline it is only 3.2%.  Education, science, technology, healthcare, and professional sectors are the largest industries in the region.  Also, the Boston area is home to some of the country’s most prestigious hospitals and healthcare institutions.  Management and business and financial operations are some of the most common professional titles in Brookline, and the job market is growing.

Brookline is home to eight different high schools and over 52 different schools.  However, the only public high school in Brookline is Brookline High School (BHS), which is highly rated.  Students who graduate from BHS demonstrate higher test scores than the state average, and the school provides students with access to 18 different AP courses.  The school also allows students to attend classes that are beyond their grade level, which teach to their skillset.  This helps students better prepare for college and life beyond high school.

While Brookline does enjoy a more robust job market and higher pay scales than the national average, it also has to deal with a higher cost of living, too.  Housing is the most expensive part of living in the neighborhood.  A home in Brookline will have a median value of more than $758,000 - double for the entire state of Massachusetts, and four times the national average.

Prefer to rent instead of own?  That will also cost you more than the national average.  Renting an apartment in Brookline costs an average of 2,000 dollars per month.  It’s still cheaper than owning a house, which is probably why half of all Brookline residents rent instead of own.

Brookline is located in an area that sees some severe Nor’Easter storms, dumping an average of 54 inches of snow on Brookline’s heads. Winters are brutal, so pack accordingly.  However, it’s pretty sunny in this part of the country, and Brookline averages more than 200 sunny days per year.  Consumer goods and services are also more expensive in Brookline, at more than 30% of the national average, and up to 10% higher than the state average.  The fact that Brookline is so close to Boston can explain why consumer goods are a little more expensive here.

Coolidge Corner, Washington Square and Brookline Village give residents a good mix of both urban and suburban living.  There are many beautiful homes for sale in these neighborhoods, but they are also chock full of stores, boutiques, and other economic activity.  Residents will get to enjoy access to lots of kosher goods and eateries.  Fisher Hill is one of the best neighborhoods in Brookline if you’re looking to reproduce your upscale lifestyle in Massachusetts.  This part of the community offers a range of estate-style homes, where residents are insulated from the noise and activity of the city.  These homes are also older, offering residents access to beautiful and unique historic architecture and features.  South Brookline is more rural and was originally home to the area’s farmers. The plots have since been divided up for smaller residential properties, but they are still very large thanks to conservation efforts.  If you’re planning a move to Brookline, an experienced local real estate agent can help you narrow down which neighborhood will be the right fit you.  Keep these facts about Brookline in mind when searching for your dream home in Massachusetts.

What is Home Staging? 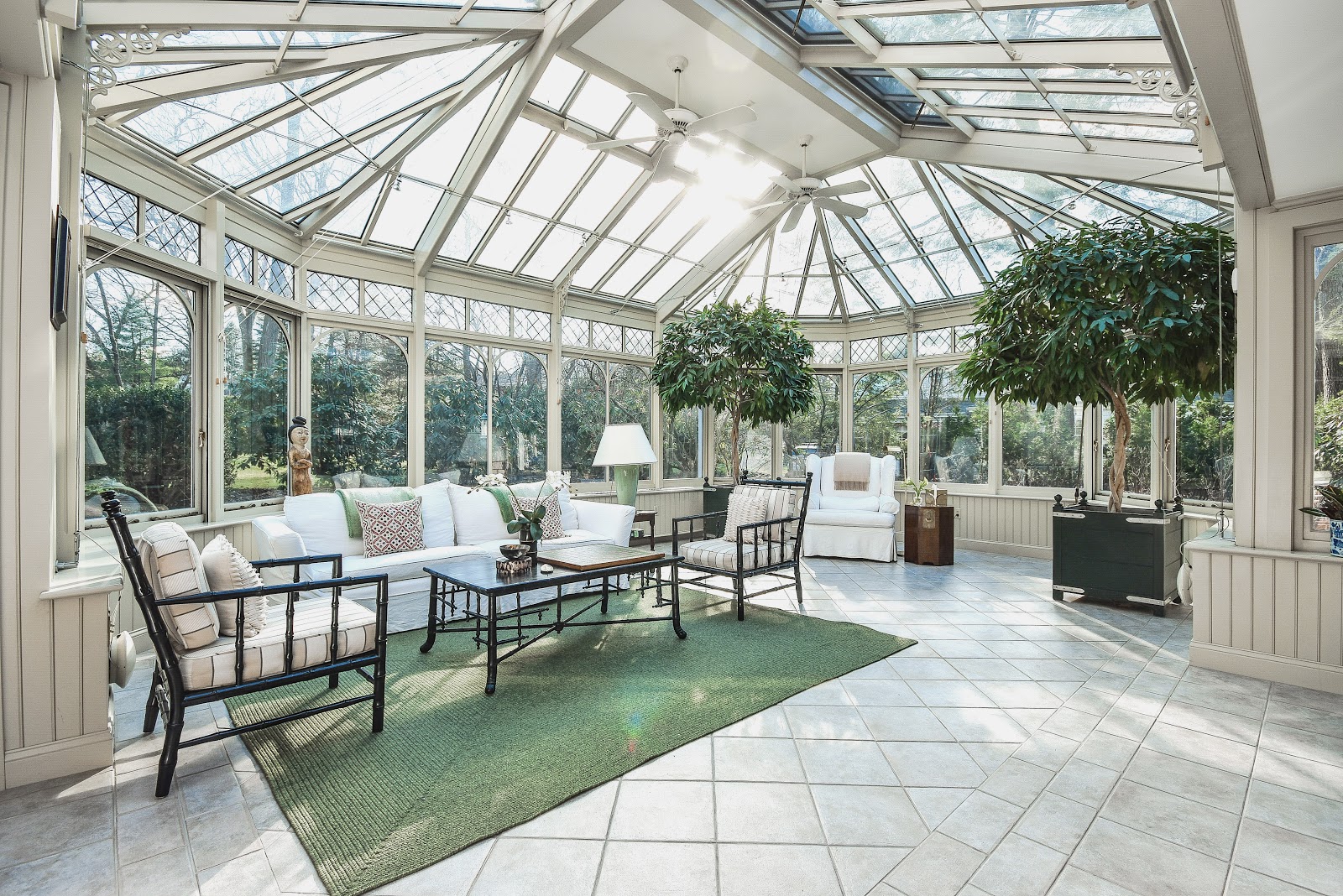 Home Staging is the act of styling and presenting a home so that it appeals to the most likely buyer demographic. Home Staging is marketing. Effective Home Staging ensures that your home will be seen looking its best, results in beautiful and engaging MLS photographs and allows buyers to emotionally connect to it. When buyers visualize themselves living in a home, they are more likely to make an offer. While the concept of staging has been around for decades, only recently Home Staging is becoming an industry standard. Whether occupied or vacant, all homes will benefit from staging. Occupied homes typically have too much in the way of clutter and furniture while vacant homes lack style or don’t photograph well. Competent stagers are skilled in both areas but it’s not unusual for some to specialize in one or the other.

Why should I consider staging my upcoming real estate listing? 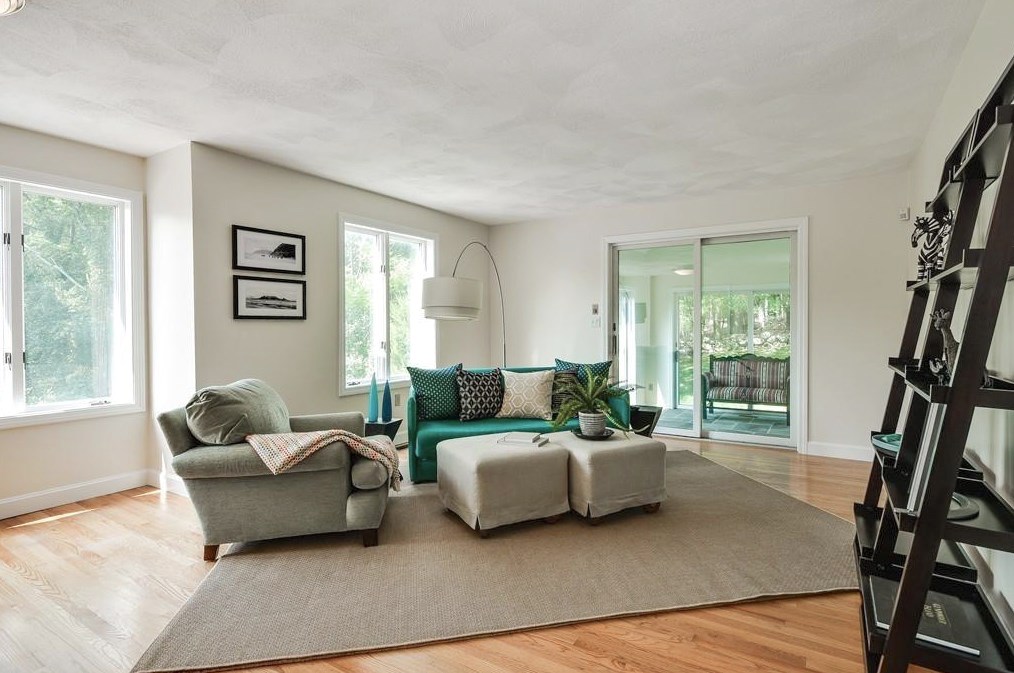 Given the popularity of shows on HGTV and information available on the internet, sellers and buyers are more informed and savvy than ever. This is crucial to understanding why staging is so important. They understand the relevance of staging and how it will improve the appearance of their home. Buyer’s expectations are high and they know what they are looking for and at the top of the list is move-in ready. Also, it is becoming increasingly more common for sellers to inquire with their agents about offering staging services. At least one nation-wide real estate firm now proudly offers to pay for staging as part of their marketing package. By not offering staging, you are only helping sell the competition because someone else will!

What are simple tips for home staging?

When people make the decision to move, almost always, they are looking to hit a reset button. You are trying to tell a story here so no more chaos, papers strewn about or laundry piles everywhere. Today’s buyers are busy and stressed. Simple, stylish home design is a motivating factor to this group. Showing your home as calm, restful and organized is paramount so you’ll need to look at your home objectively. Each room needs to serve its purpose and one purpose only. Does your family room have a messy desk, craft table and ironing board? A family room is a place to gather to watch tv or play a board game. Does your bedroom have a treadmill and a drying rack? That’s too much information and sends the wrong message. All that is needed is a bed, bedside tables, lamps, a dresser and fresh bedding. A few charming touches like art and accessories will be enough to finish the space. 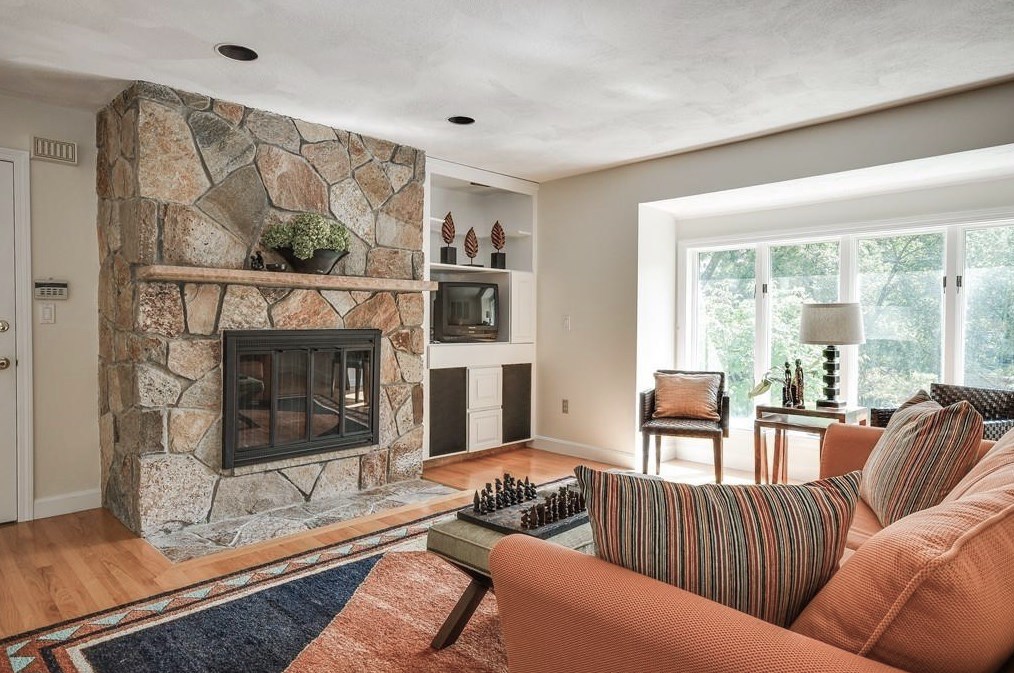 Next, get rid of the clutter. Heavy drapes, scatter rugs, bulky furniture, crammed bookshelves, papers and countertops are visually choppy and should be minimized to create an open and airy space. It may make sense to buy Marie Kondo’s book, The Life Changing Magic of Tidying Up, to begin your clutter-free journey. She’ll take you through ridding yourself of material excess in an organized way that sparks joy. You are trying to sell your space not your belongings so drawing the eye towards beautiful pine flooring, a bay window or a stately fireplace take precedence over your children’s art collection.

You’ll want to address how “old” your home looks. The lifespan of a design trend is about 7 years so If it’s been more than 5 years since you last painted, you might consider repainting in an on-trend, neutral tone. Consult with a professional or do some research on a site like houzz.com to avoid costly mistakes. Address lighting. Are you living in the dark? Light and bright gives buyers a positive outlook and opens and recedes. Do you have a dark half-finished basement filled to the brim with junk? Even if it’s cinder-block, clear it out, paint the walls white, the floors medium gray, add a bright throw rug and few cute toys like a wood riding horse, install some track lighting and you’ve just added some great useful space!

How much should I spend staging my home?

Staging is objective. When considering hiring an expert, it’s vital to examine the before and after photos in their portfolio. This is the best way to ensure results you will be pleased with. Expect a good professional staging consultation to run about $200-$300. More or less if a written report is included. Need more help? You’ll probably be looking at between $50 and $250 per hour depending on how experienced your stager is and your location. In Metro Boston, the cost for staging will be between $600 and $1,000 on average. If you rent furniture, the low end will set you back $2,500 for a 1,000 square foot, two bedroom city condo and a 4,000 square foot, four-bedroom suburban home could easily fetch a $15,000 price tag for a 3-month lease.

Staged homes sell for about 6% more on average, so think about your bottom line. If your home is on the market for $600k, that could equate to a $36,000 profit from your staging efforts, when done correctly.

A home is likely the largest investment you will ever make and protecting its value is up to you. Your home has brought you and your family many memories and the best way to show your gratitude is to pass it proudly to another who will also cherish it.

Join us at 6:00 PM on Wednesday, January 30th for a fun, informative and FREE Home Buying Seminar.  This short presentation - perfect for first-time homebuyers or anyone looking for a refresher on the process - will feature info and tips from real estate agents, lenders, home inspectors and real estate attorneys!  (Food and drinks will be served.) 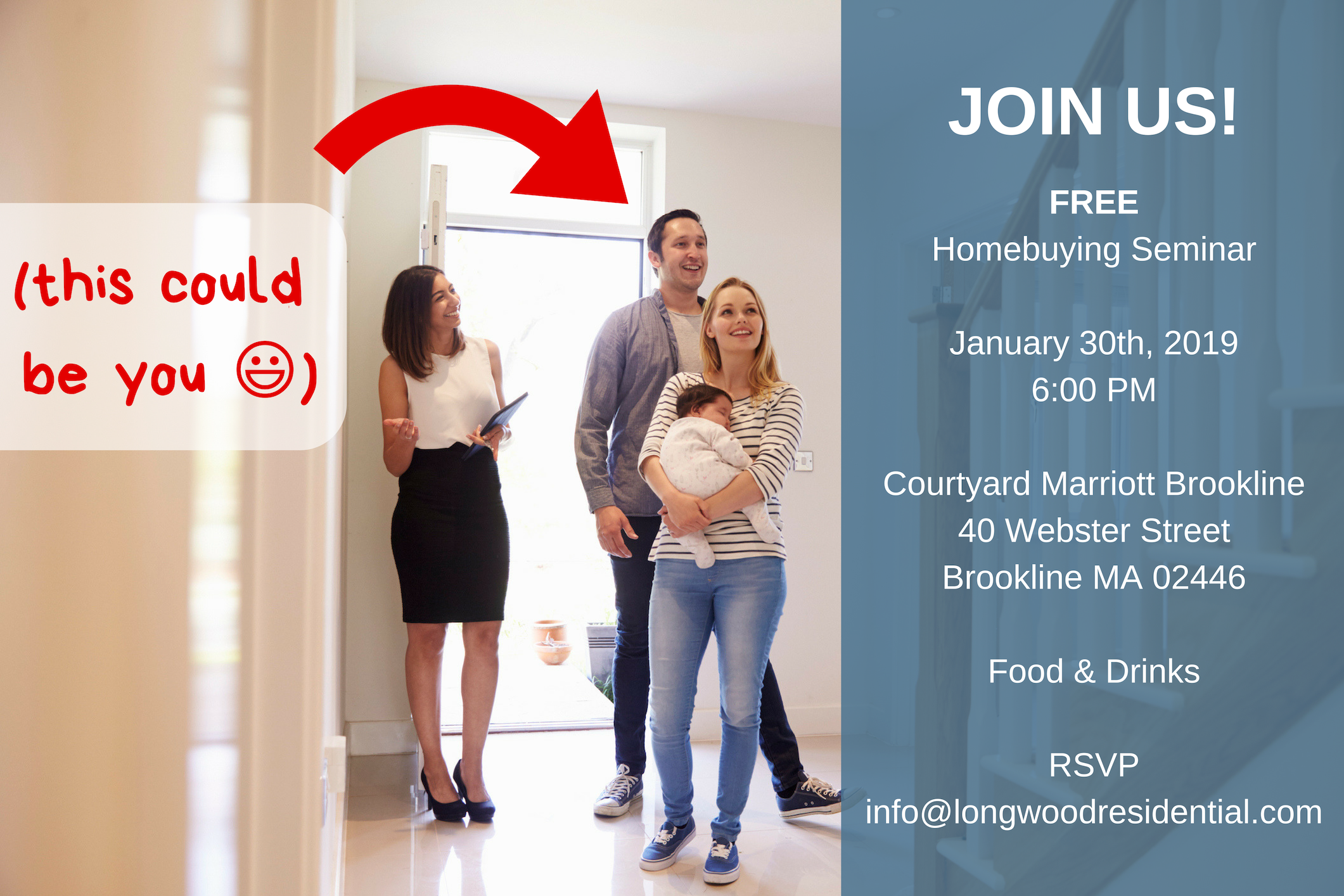