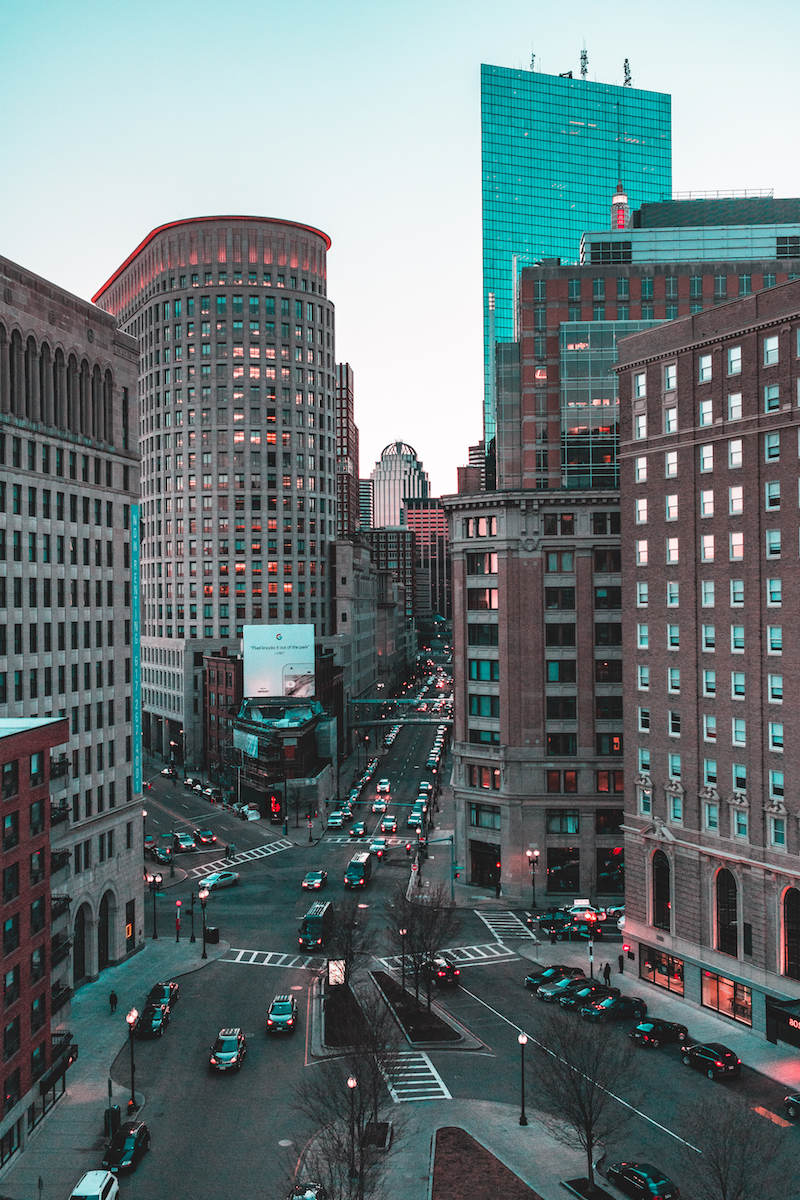 According to the website Best Places, Boston is the historic and intellectual capital of the United States. Many residents choose to live in Boston for that reason alone. It’s hard to find Boston’s culture and tradition anywhere else. It can be more challenging to figure out where is the best place to live in Boston. With a cost of living 70 percent higher than the rest of the U.S. and an average home price of $499,000, renting or buying a condo is a better option for a lot of Boston residents.

Condos Available in More Than a Dozen Boston Neighborhoods

Longwood Residential offers Longwood condos for sale in 14 different neighborhoods within the Boston city limits. Our prices are in line with the average condo price in Boston. Limited real estate availability and the desire to save money on purchasing a home are the main reasons people consider condo ownership. Lifestyle is another important consideration. You don’t have to spend your valuable free time mowing and maintaining your lawn. Our staff handles these chores as part of your homeowner’s association dues.

Many of our multi-unit condo towers offer amenities such as valet parking, an exercise room, room service, package delivery, and on-site stores. You have the convenience of a hotel but you get to stay there permanently.

For some people who choose to live in Boston, renting an apartment makes more sense. They need the flexibility to move when the lease is up and may not be able to afford a house or condo. Longwood Residential manages several luxury apartment complexes in Boston. Many have the same upscale amenities as our condos. Please contact us to learn more or arrange a tour.

If you’re just starting to look at Longwood condos, you may feel some confusion about the differences between a condo and other types of residences, such as an apartment or private home. The simple definition of a condo is that it’s a cross between these two. Your unit is located within a building with dozens or possibly hundreds of other units. However, you do not pay rent like you would for an apartment. You secure a mortgage and live in your condo until you decide to sell it, just like you would with a house.

Living in a Condo Can Be the Best of Both Worlds 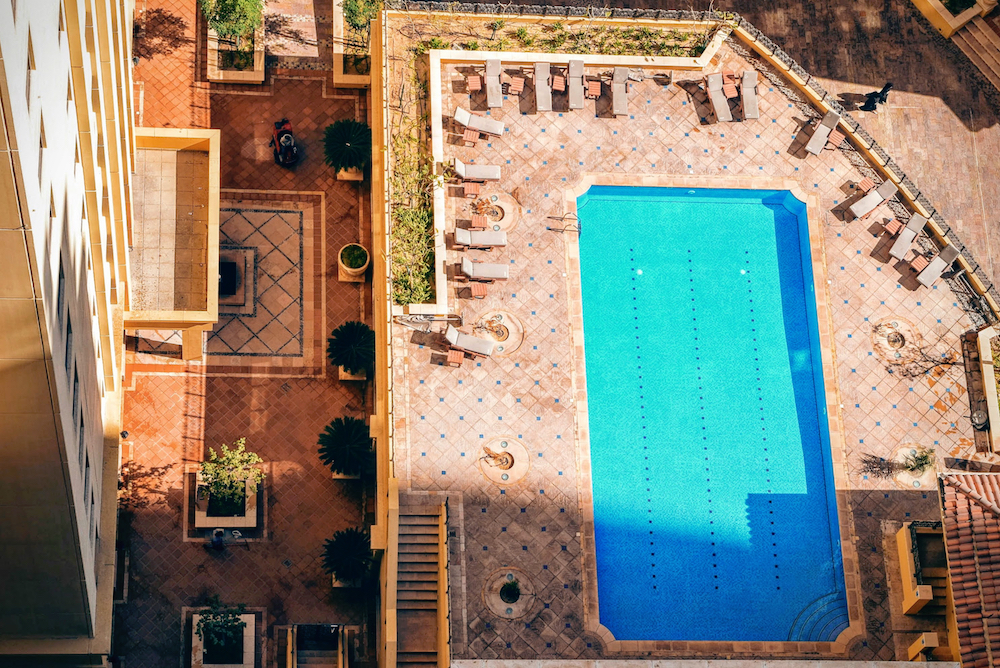 When you own a private home, you alone are responsible for the maintenance and upkeep. This includes both inside and outside of the home. As a condo owner, you have the benefits of owning your own place with less responsibilities. Part of your monthly mortgage payment goes to association dues to help with the upkeep of common areas. As a mortgage holder at one of our Longwood condos in Boston, this could include the pool area, private fitness room, party room, and several other areas accessible to all residents.

You have very little freedom to decorate or renovate as you see fit when you live in an apartment. This isn’t true of life in a Longwood condo. Since you own the entire inside structure of your unit, you can do what you would like to make it feel like home. However, you can’t make any changes to supporting walls since that would affect neighbors on either side of you.

Please don’t hesitate to call or email if you still have questions about living in a condo or would like to learn more about our current properties available.

Before you pursue Longwood condos for sale, it’s helpful to review some basic information about condominium living. When you buy a condo, you own the entire inside of your unit. The condo association owns the exterior, common areas, and the land where the building sits.

You are not responsible for exterior maintenance as a condo owner. However, it’s important to budget for association fees in addition to your monthly mortgage payment. The money collected from all residents covers the cost of maintenance and repair in common areas such as hallways and meeting rooms.

Which Boston Neighborhood is Right for You?

One of the major benefits of Longwood condos for sale is that we have units available in multiple Boston neighborhoods. These include:

Of course, you need to consider several personal factors when deciding where you want to purchase a condo. Proximity to your work, quality of the school district, and access to public transportation are just three of the most important things to people looking to make one of these Boston neighborhoods their new home. You can search by neighborhood, price, MLS listing number, and other categories when trying to locate an available unit sold and managed by Longwood Residential.

Our prices fall in line with those listed on a report released by Curbed Boston on January 5, 2017. With the new year just weeks old, prices range from $263 per square foot in the Hyde Park neighborhood to $1,467 per square foot for a condo in Back Bay. These figures include condos ranging in size from 812 to 3,247 square feet.

The analysis posted by Curbed Boston includes data from 10 distinct Boston neighborhoods. This is to give buyers an accurate idea of the average monthly payment for a Boston condo in place of using a mortgage calculator.

With a presence in all 14 of the Boston neighborhoods listed above, Longwood Residential is sure to have a condo available to suit your needs. Below are just three of our luxury properties that could be your new home:

Please contact us at your convenience to learn more about Longwood condos for sale. 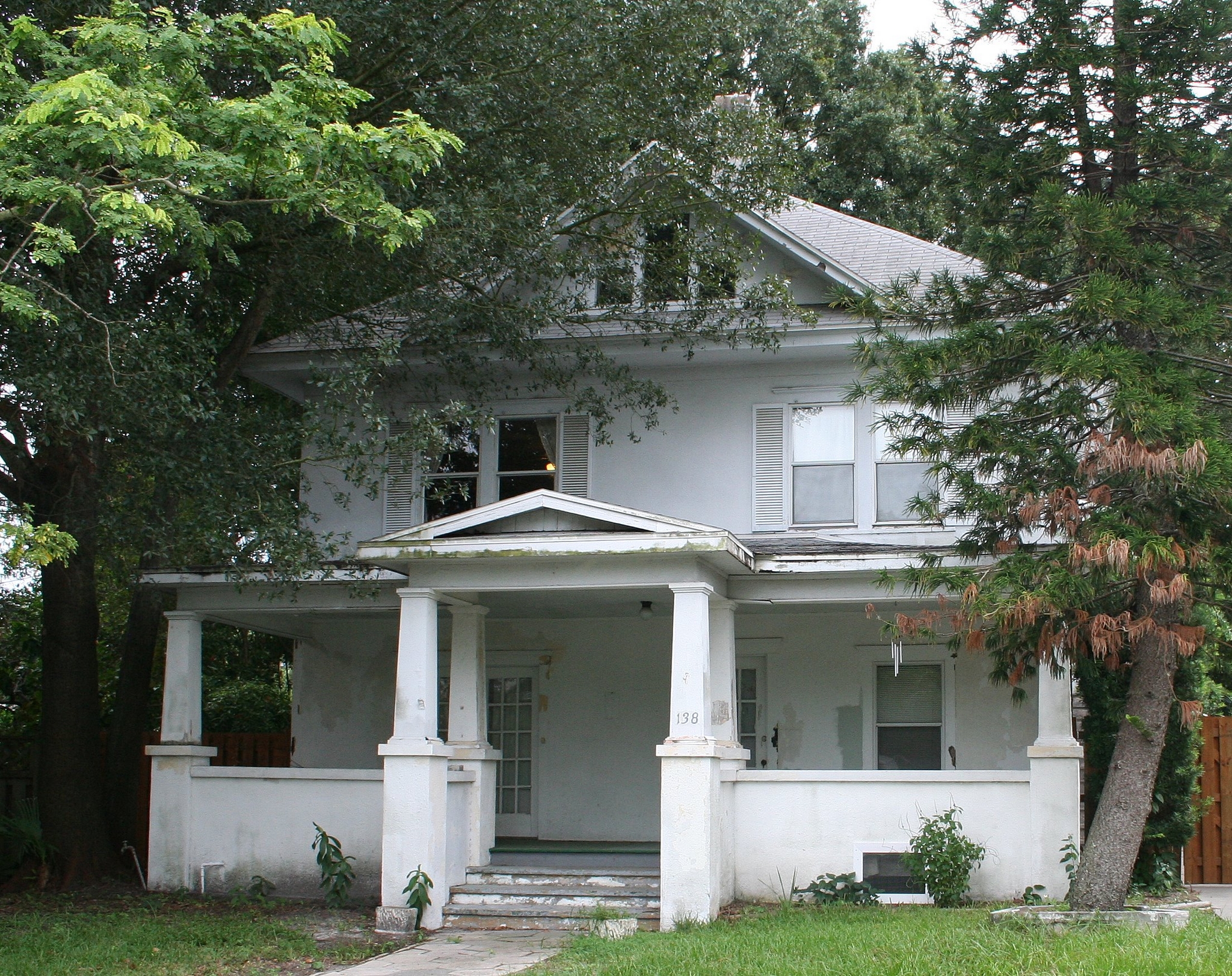 The craftsmanship on homes built before the 1960s is superior to what you can find today. However, original heating and cooling, plumbing, and electrical wiring don’t fare so well. Owners of older homes should budget for unplanned repairs or replacement of major equipment. Creating a schedule of preventative maintenance for older homes is essential as well.

People didn’t have the expectation for indoor comfort when your older home was built that they have today. In fact, most didn’t have central air conditioning. If you don’t have the budget to install central air or the time to figure it out, a whole house fan will do. Place it in the ceiling on the second floor to get a breeze in each room of the house.

Many older homes have inefficient boilers installed. You will save money over time by replacing it with a more modern and energy-efficient heating system. Once installed, be sure to arrange for annual preventative maintenance. It’s also essential to change air filters quarterly.

Another problem with older homes is that they often have hot water pipes wrapped in asbestos. Since this material can cause serious health hazards, arrange for a professional HVAC company to remove it as soon as possible. An inexperienced person completing the job could cause you to have asbestos in the air of your home.

Upkeep of your wiring system is an important part of preventative maintenance for older homes. If your home has knob and tube wiring, plan to upgrade to a modern system. Older types of wiring are not always grounded, which means you could get a shock just by touching it.

Steel plumbing pipes prevalent in older homes clog easily from internal rusting. Plan to replace them if you don’t want to deal with frequent clogs or unexpected pipe bursting. Once the new pipes are in, use as little toilet paper as possible and don’t place anything in the toilet other than that to prevent future clogs. 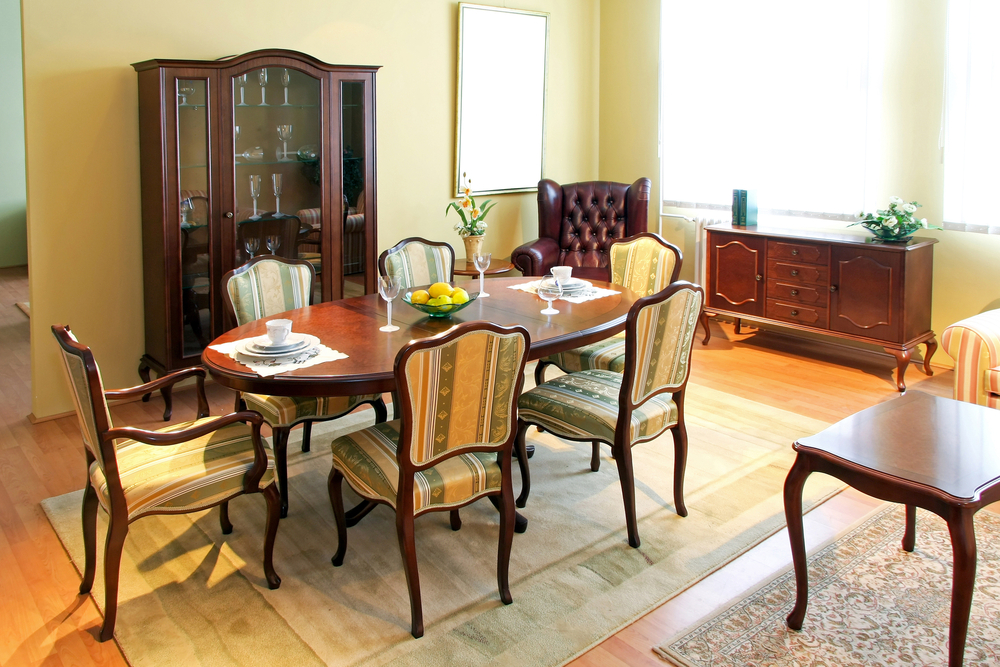 Although you would love to decorate your living room with retro furniture, you’re not sure that you have room for it in your small Brookline apartment. Fortunately, this style of decorating has more to do with patterns and color than with size. For example, brown and creamy colors combined provide an understated throw-back look. Solid wooden furniture can be reupholstered with classic prints and make a fashion statement that will become the envy of your friends and family.

Both understated and bold are popular when it comes to choosing colors for retro furniture and household decorations. Purple and violet were the top color choices last year. Gold and silver accents were popular as well, and will always remain in style when used correctly. While bold checkered designs are all the rage, you don’t have to choose any style in particular just to achieve a retro look if you don’t care for it. The ideas are limitless.

A Unique Twist on Modern Design

A retro style can still work for you if you prefer your furniture and décor to look modern yet funky. When it comes to the shape of your eccentric furniture, be sure to think outside the box. A cube bookshelf with curved corners, or a magazine rack that has a letter cutout is different enough that you won’t get bored by the design. A tall skinny lamp with a brightly colored lampshade is another fun idea. You don’t have to select a lamp with a straight pole either; twists and curves give your space that retro look you’re after without blowing through your decorating budget.

Sometimes, all it takes is putting up a poster or painting of people from an earlier era to give a room that classic throw-back look. The “Camelot Era” is an especially appropriate time, since President John F. Kennedy originally hails from Brookline. Alternatively, you can’t go wrong with an oversized Warhol of Marilyn!

With its impressive musical scene, Boston has a lot of culture to offer. Several Boston concerts are coming up in October in several different genres and venues. No matter which type of concert you prefer, you’re sure to find something that is music to your ears. 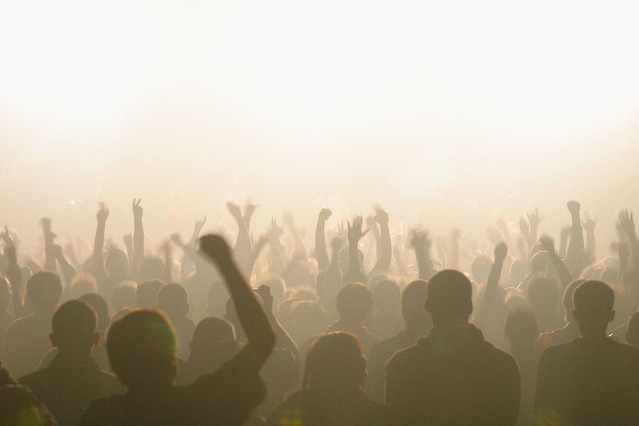 Tickets for most of these concerts are available at Ticketmaster or Stubhub.

After accepting a job at Beth Israel Deaconess Medical Center, the next big decision is finding the best place to live. The three neighborhoods described below all have many attractive qualities in addition to being in close proximity to the hospital!

Brookline
Brookline's "flagship" neighborhood is Coolidge Corner, a premier retail shopping area.  Located at the intersection of Beacon and Harvard Street, Coolidge Corner is also home to many highly-rated restaurants, including Lineage, Zaftigs Delicatessen, Bottega Fiorentina and FuGaKyu.  Brookline has some of the highest quality schools in the local community for both K-8 and high school.  Brookline has a highly developed public transportation system including several different MBTA subway lines. 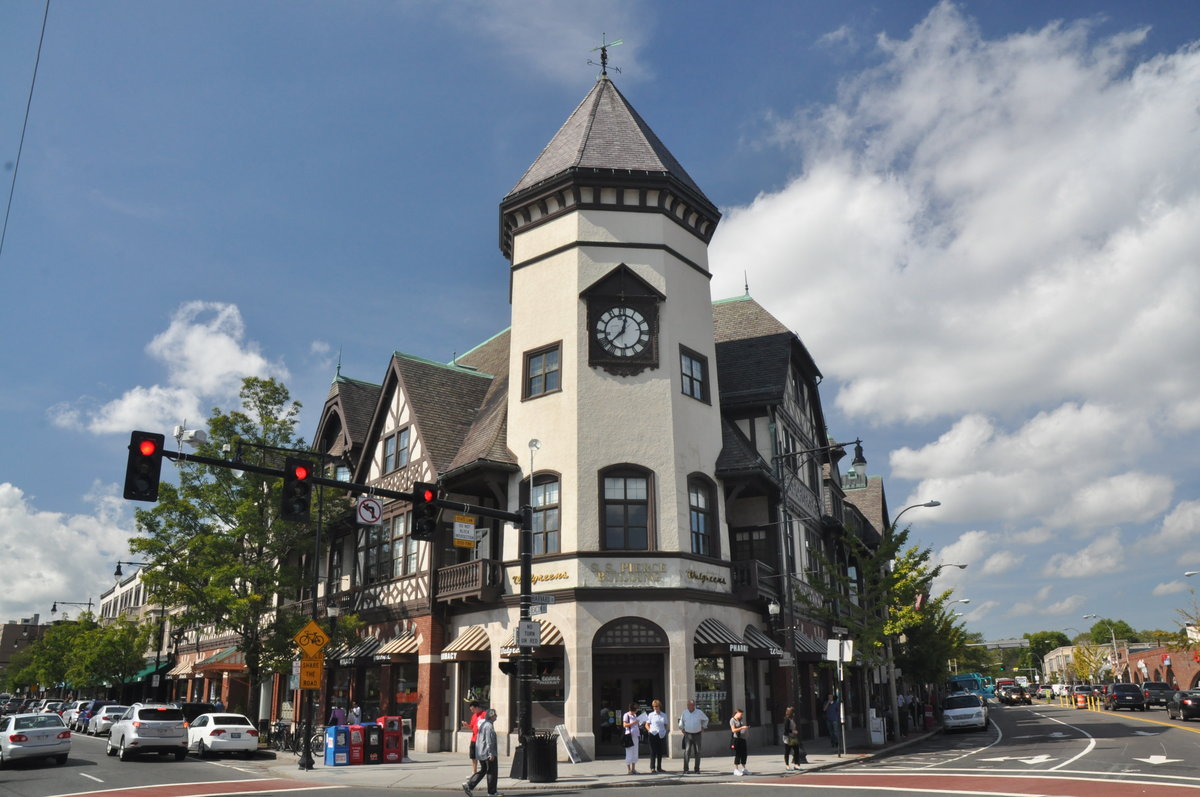 Fenway
This neighborhood is in closest proximity to Beth Israel Deaconess Hospital. It is home to Fenway Park, Symphony Hall, and the Museum of Fine Arts. Fenway has an exciting nightlife with several bars and nightclubs on Lansdowne Street.  It is adjacent to Back Bay and numerous other attractions in Boston.   Several colleges and universities are in the Fenway neighborhood, making it a young, vibrant community. 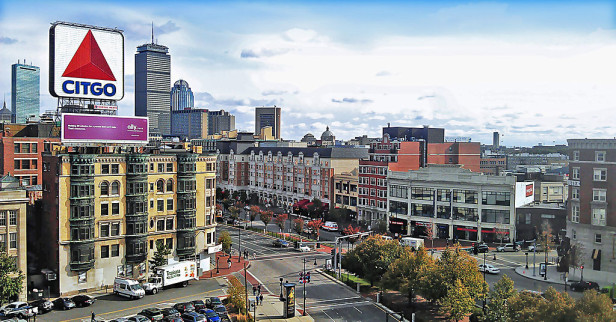 Jamaica Plain
Jamaica Plain is a diverse and dynamic neighborhood with young families, a vibrant Spanish community, and a growing LGBT population.  Housing in this neighborhood is more affordable than other areas of Boston.  There are many green spaces and plenty of opportunities for recreational pursuits.  As a whole, residents in this community are committed to healthy living and environmental causes. 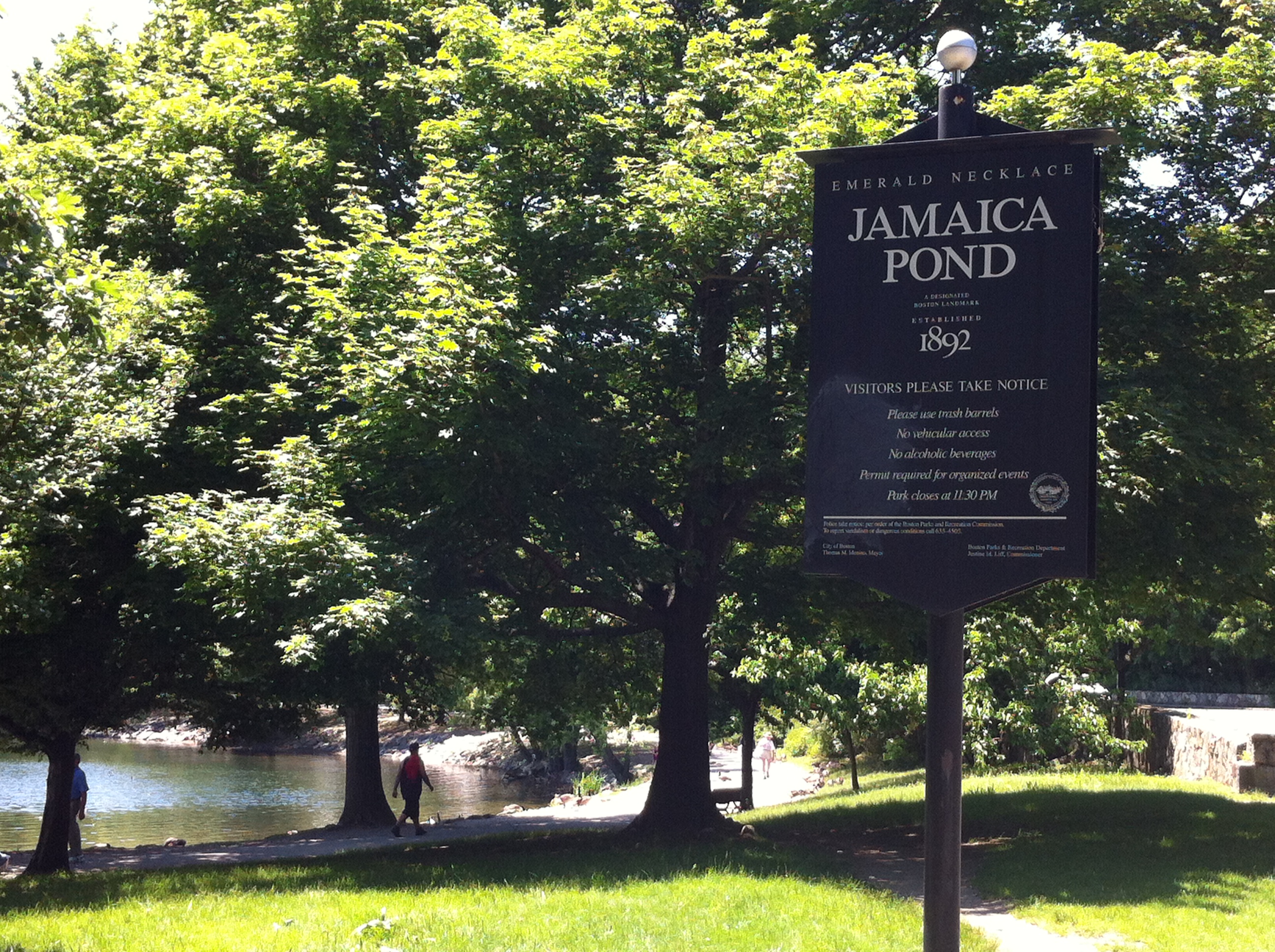